This is the main page of the Elder Dragon Ascension line, not to be confused with the mount Elder Dragon or other mounts/allies related to the Elder Dragon line. To learn more about the Referral program to unlock this dragon, go to this LINK 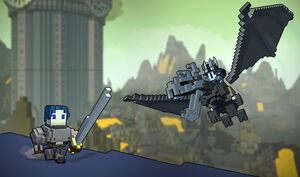 The Elder Dragon and its other rewards will give no mastery points so obtaining the dragon is more of a cosmetic item, however the legendary dragon grants additional stats and power rank.

Unlike other dragons, they cannot be obtained by consuming souls. The Elder Dragon is obtained by obtaining referral points. After reaching a certain amount of referrals will give different items that are related to the Elder dragon line.

NOTE: Since they are cosmetic rewards, they will not give additional mastery points.

Community content is available under CC-BY-SA unless otherwise noted.