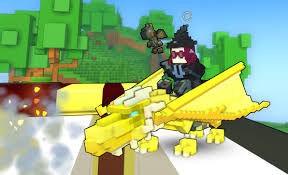 Valkizer is the final form of the dragon line which is obtained after reaching Mastery Rank 300.

Unlike other dragons, they cannot be obtained by consuming souls. The Monarch Dragon is obtained through leveling via Mastery levels. Certain ranks will give different items that are related to the Monarch dragon line.

NOTE: Since they are mastery rewards, they will not give additional mastery points.

Community content is available under CC-BY-SA unless otherwise noted.