The Shadow Hunter is a Ranged fighter from the heavenly sky of Trove. This class is considered to be an adept sniper from the Sky Realm's Radiant Ruins.

Shadow Hunters are best known to be long ranged snipers that are best paired with another class. This class alone can handle one-on-one combat against other enemies but will have difficulty with large groups of enemies and are best just picking off enemies one by one. His charged shot has the capability to deal massive damage as well as the ability for it to travel through walls with the help of his passive. The Shadow Hunter can also support with sun snares to stun enemies for a short period of time. His ultimate, just like his charged shot, fires a massive Arrow of the Goddess that deals even more damage than the Radiant Arrow.

Energy regen allows further usage of Radiant Arrow and Sun Snare, Zealous Emblem can also help keep enemies stunned frequently, perma-stunning is not energy effective so only use these when you need to.

Build your gear based on Physical Damage to maximize DPS output.

Movement speed and critical damage can aid in kiting and keeping your burst potential high, but sun snare is recommended for its stun-locking nature.

Use the high knockback of 'Arrow of the Goddess' to smash enemies into lava, the Sun Snare doubles knockback to amplify this strength.

Radiant Arrow, if not charged, can be spammed quickly until you run out of energy. This comes at reduced damage, but provides a few rapid shots that, under the right circumstances, can be useful against cannons or spinning gear boss spawns, as they take % Damage from shots, but not damage.

Otherwise it is useless and you should charge it for the maximum damage output. 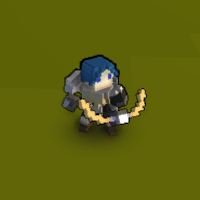 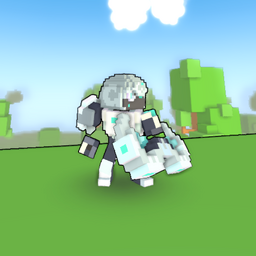 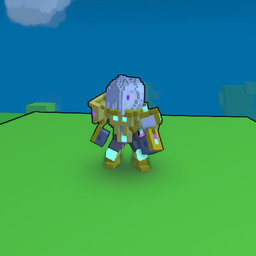 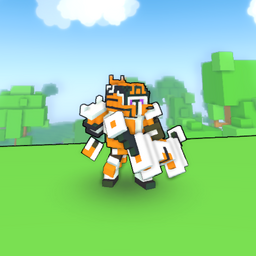 Modish Marksman costume ingame
Add a photo to this gallery

Retrieved from "https://trove.fandom.com/wiki/Shadow_Hunter?oldid=106793"
Community content is available under CC-BY-SA unless otherwise noted.