Trove consists of many Worlds can can be explored and conquered. Most are adventurous worlds like the Prime, Sky, and Shadow Tower, a few are casual like the Hub and Club Worlds, but both give the player exploration throughout Trove. There is also a constructional world called the Meta Forge where players create and test their Lair/Dungeon designs for submission. There are currently 6 worlds for the player to explore and venture off to.

The Prime world consists of the "Primary" world of Trove. This Realm serves as the surface world where most loot, collectible items, resources, and biomes exists. Players can get most of their necessary items in this world as well as fight off various monsters that dwell within each biome. This world consists of many types of Ores including the common Shapestone, Formicite, and Infinium as well as biome specific Somber Souls, Primordial Flame, and Glacial Shards.

This Realm consists of the Adventure worlds which are dedicated to exploring, fighting beasts, leveling your character and obtaining loot. To begin your adventuring you can find the Adventure Portals in the Hubs Tower or by entering your home world and there a Novice Adventure Portal should be ready for you.

Currently there are 13 levels of Adventure Portals with more to come.

The Sun Goddess’s light still shines strong throughout the Prime Realms, home to wonders around every corner. Brave Trovians can venture to spectacular lands, from hill to highland, tundra to desert, and more. But be wary – dangers still lurk in the shadows.

The Sky Realm consists of the "Heavenly" world of Trove. This world consists of the Radiant Ruins, a world filled with floating islands that can only be explored with equipped Wings and/or with multiple jumps. It contains small Dark Heart lairs where one may find Radiant Shards, and has only one type of Ore, Crystallized Cloud. The latter can be mined and used for Runecrafting, and mining it grants a chance to get the rare Nimble Nimbus Mount. This world is the only area where players can get Radiant Caches that contain special loot.

Once the stronghold of the mighty Sun Goddess, this blasted realm now hides the secrets of the ancient Elysians. Take to the air and traverse this majestic collection of islands to gather rare treasures that will aid you in your quest to beat the evil armies of Shadow!

These iridescent ruins suspended over the stormy seas are filled with relics of the time before the Sundering. Each sky island is covered with ancient traps and holds important treasure: runic knowledge of the Elysians filled with mysterious powers. A special portal to these realms awaits bold adventurers who wish to explore the secrets hidden in these once-hallowed halls.

A midpoint between adventure worlds where the denizens are weak and one can relax before going back against the fury of the adventure worlds. The Hub is the central area of any Trove world and can be accessed through a Hub Portal or pressing and holding [H]. The world is themed to the time of season.

The hub also has various vendors and crafting stations that are only located in the hub that players can use.

Club Worlds are a players own personal world where they can begin their entrance into the World of Trove. Club Homeworlds are accessed by opening the Club menu (P) and clicking on join world next to the clubs world you want to join. Once you've mastered the basics players can then begin to craft or build to their hearts content by themselves or by managing other players permissions for your world with these commands. All players can visit your Club World and if they like it they can find The World Heart and activate it to like the world and you can begin your climb in the world ranks.

Additionally Homeworlds were the original version of the club worlds, those are still active but creating any new ones have been disabled for new players.

Here is a list of some interesting club worlds. 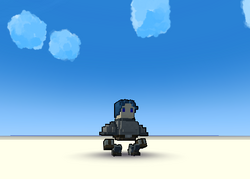 Here is where the community creators can play and test, get screenshots of their creations like Hats, Mask, Weapons, Hairstyles, and even Dungeon and Lairs to submit to the Creations sub-reddit.

The Tutorial World is the place you come to when you first start playing the game and is the home to the noobfish. (A rare fish)

To access this place type /tutorial in the chat.

Players can mine block on the world till 'y = 2' where it is a layer of blocks that cannot be destroyed.

Retrieved from "https://trove.fandom.com/wiki/Worlds?oldid=104132"
Community content is available under CC-BY-SA unless otherwise noted.